Bangers, a sporting goods distributor based out of Birmingham, Alabama, used Presto to modernize their green screen warehousing application on IBM i. IT Director Todd Glassford says the goal of the project was to allow warehouse workers the efficiency of accessing information and performing tasks on a modern web interface rather than a green screen. Using Presto, they were able to transform their application into a point and click, mobile-accessible web UI within two weeks. Their warehousing application is now more intuitive and easily accessible than ever before, while maintaining its functionality and performance.

Over the years, Bangers’ warehouse management team had found it increasingly difficult to introduce new users to their application. The majority of warehouse workers are millennial staff, accustomed to working with web interfaces and the cost of training new users on green screens was therefore high. Moreover, the application could only be used at designated work stations, as it was not mobile-accessible. As a result of these combined factors, only a handful of employees were actually using the application.

Bangers management knew that they needed an updated warehousing system that they could open to more users, and wanted to ensure that their modernized application could:

BCD was selected as Bangers’ modernization vendor due to their renowned expertise in IBM i. Their Presto solution gave Bangers the ability to modernize and mobile-enable their application without touching any underlying code. It also provided millennial users with a modern Web UI they’re familiar with, thus reducing the time and cost of training new personnel.

“Presto modernized our warehouse application really quick and our RPG developers did all the work - the project only took two weeks! Our millennial staff now have the web UI they wanted.”

Presto gave a modern web interface to Bangers’ many green screens, including those for which they didn’t have the source code. Using the drag and drop feature in Presto’s visual editor, they customized their application with charts, tabs and dropdown boxes, which resulted in improved workflows and better displays. Bangers’ modernized application was easily deployed to a much larger user base than before and could now be accessed from a browser on any device, thus eliminating the need for client access installation. This solution was also implemented without the need to hire web developers or update existing hardware.

With their newly improved application, Bangers has seen their warehouse productivity increase. Workers now have quicker access to information, and can navigate their application more easily. Users are very satisfied with its ease of use.

The improved application has benefited Bangers’ management team as well. “Management likes being able to securely access our application from their mobile devices and being able to point and click. The charts gives them a high level view of the data - and they can access it anytime. ” This was also a much more cost-effective, low-risk project than alternative modernization solutions such as a code rewrite or platform migration. Presto leveraged the power of IBM i and existing RPG code and developers to create a solution that increased usability, added functionality and improved user experience.

Before and after screen of an expense report. 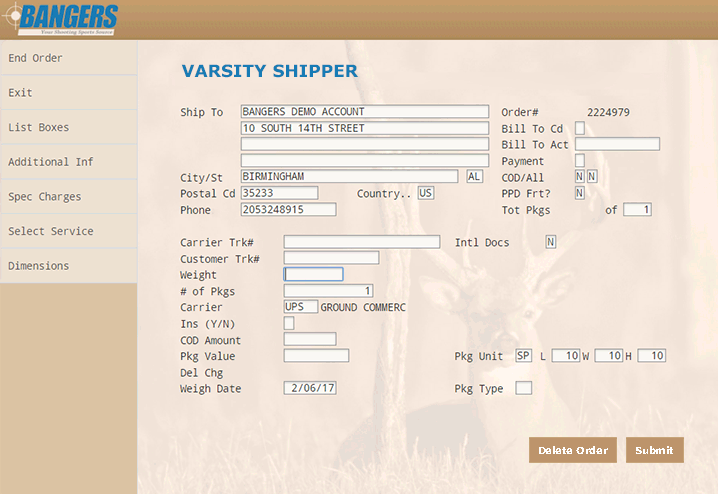 Presto delivers modernized green screens out of the box that can then be further enhanced.

BCD's Presto is the fastest way to give your IBM i green screens and new RPG programs a modern web GUI that's accessible from desktops and mobile devices. It also gives you endless opportunities to add new functionality.

Watch our webinar with Bangers

Request a free trial of Presto: